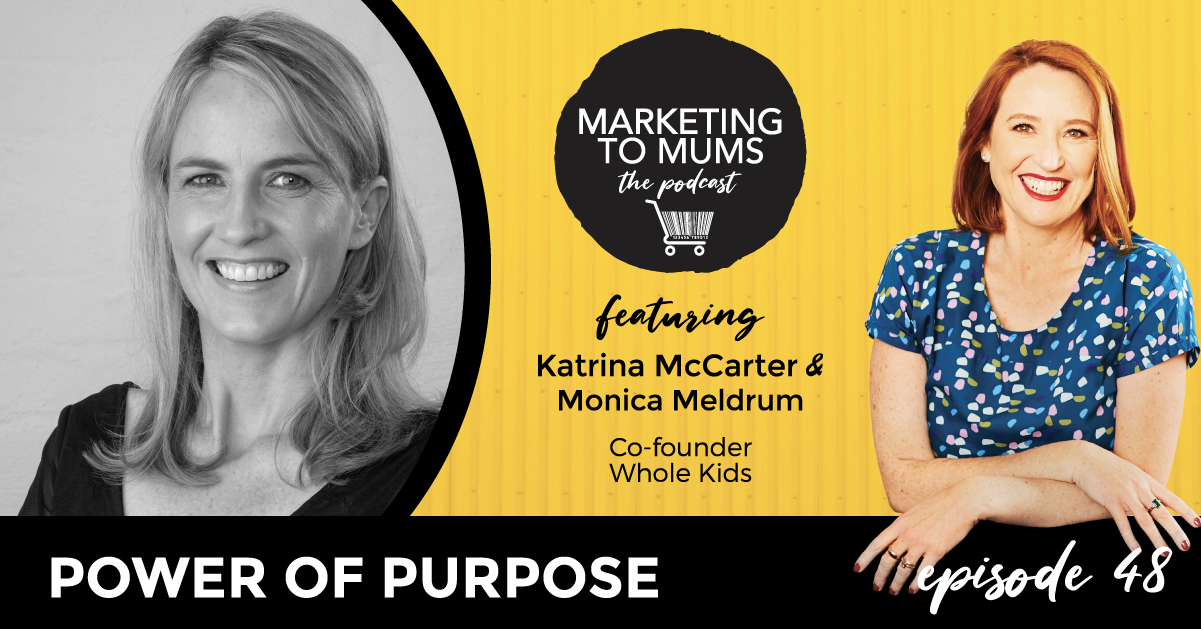 In this episode Monica Meldrum, co-founder of Whole Kids, and I discuss the role of purpose in business. Monica shares her journey as a purpose led business and demonstrates how purpose guides their everyday business. We talk about the impact of purpose and how purpose influences the purchase decisions of mothers.

Following an extensive corporate career, in early 2000 Monica travelledto Indonesia with the Department of Foreign Affairs and Trade (DFAT) to deliver an aid program to childrenliving in poverty. The experience challenged her assumptionsabout the meaning of success and how she could make a greater contribution with her life.

On returning to Australia and witnessing food related illnesses amongst children and an abundance of over processed, heavily marketed children’s foods, Monica launched Whole Kids.  Whole Kids has since grown to become Australia’s largest range of organic, plant based, allergen friendly and additive freesnacks for children, the proceeds of which are funding kids health and environmental projects around the world.

Whole Kids was the first food company in Australia to be certified a B Corporation and in doing so is committed to creating a healthy life and a healthy world for kids.  In partnership with Plan International in 2018 Whole Kids delivered 500,000 nutritious meals to 580 schools across 4 provinces in Cambodia as part of Plan International’s World Food Program. The project has since become a benchmark for educating girls and helping communities around the world become self-sustaining.

In 2019, Monica together withher daughter Chloe and five other 9 year old girls travelledto Cambodia to visit the project.This child-led field trip was the first of itskindand was carriedout to champion the overarching message of gender equality through the power of food education.

In 2020 in a firstforher industry, Monica launched a successful $1.2M equity crowdfund campaign giving Whole Kids customers an opportunity to invest in Whole Kidsand participate in shaping the future of the businessand their children’s health.The campaign saw some of Australia’s leading female entrepreneurs invest in Whole Kids, bringing with them a network of over 2 Million women.